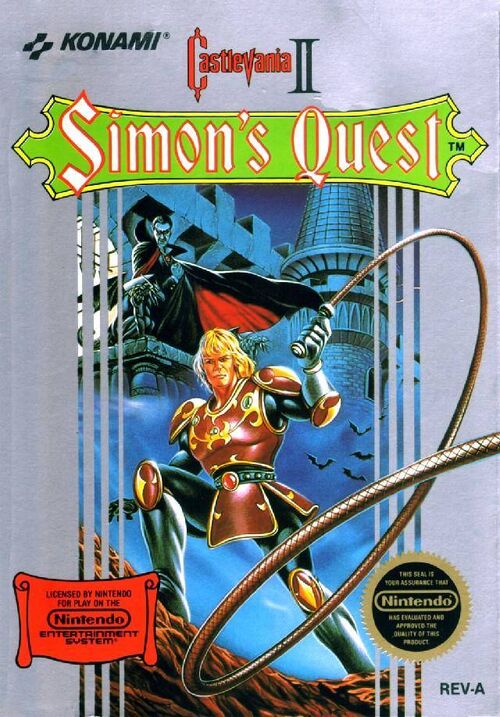 This guide will cover the classic NES game (also available for Wii Virtual Console) Castlevania 2: Simon's Quest where Simon Belmont is now a hero of Transylvania after slaying and silencing the evil Count Dracula, but Simon had discovered that he is about to succumb to a curse placed on him by Dracula from the wound from which he suffered from his battle with Dracula. Simon must now embark on a quest to find the remains of Draula, take them back to Dracula's Castle and burn them before it's too late.

Retrieved from "https://johnnyotgs.fandom.com/wiki/Castlevania_2:_Simon%27s_Quest_Guide?oldid=4820"
Community content is available under CC-BY-SA unless otherwise noted.