The video game Woman that would raise the standards of video game Women in games of today. Chun-Li has also proved that she can fight as strong as the boys and still look pretty while doing it. She could be indeed the strongest woman in the video game world.

It may not look like it at first, but Chun-Li has long hair, though she often puts it into Asian Ox Horns to keep her hair good and from it flapping all over the place while she fights.

Now, a lot of Women are complimented on their legs. But Chun-Li's takes the Pizza and many more. Of course, more than just for looks, her legs are so strong, they can deliver more force than that of most punches thrown by her male counterparts.

Chun-Li is also very headstrong and knows what is needed to be done. Unlike most other female characters which always have a cheerful attitude (though Chun-Li has an occasional Cheerful one as well) Chun-Li sticks to the task at hand rather than just be for show for male gamers. 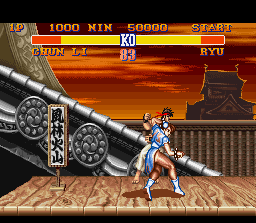 Chun-Li receives an invitation to compete in the World Warrior Tournament. Sge gets to prove her worth against some of the world's finest warriors. 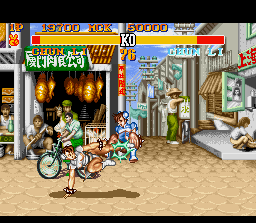 Chun-Li progressed very nicely in the oturnament and is not about to give up as she draws closer and closer to M.Bison. The man who killed her father. 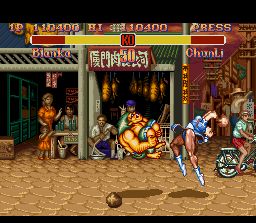 When she finally got the chance to fight M.Bison (though not in the tournament), Chun-Li alongside Guile were defeated. She watches as Ryu and Ken defeat Bison (with Akuma killing the evil would-be dictator) 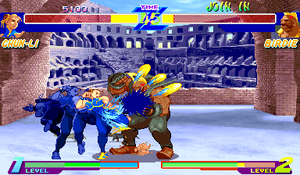 Chun-Li becomes a part of the Shadaloo case once she joined the I.C.P.O. Though she didn't catch up to Bison, but proved her worth in her missions. 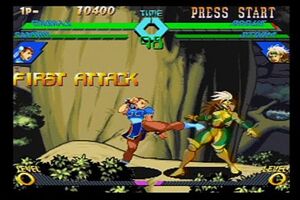 Along with her fellow Street Fighters, Chun-Li joined the X-Men to help defeat Apocalypse. Her Kicks were more than a match for the evil mutants and Magneto. 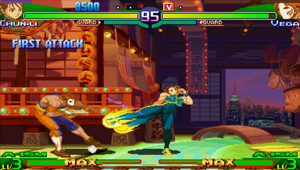 Still on the case of Bison, Chun-Li has finally tracked him down to Thailand. With the help from Charlie and Guile she had secured the base. Though Charlie was presumed dead by an explosion. She also consoled Guile whom he was a good friend of Charlie's. 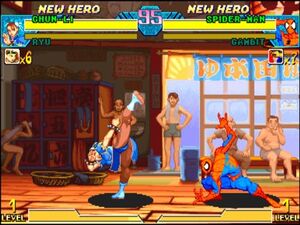 She was also a part of another mission alongside the Marvel characters. Unfortunately, she didn't perform well as the rest of her Capcom friends had defeated Onslaught. 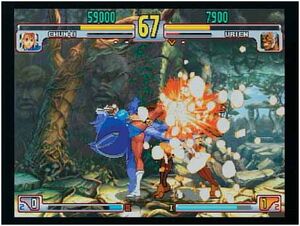 After the tournament, Chun-Li decides to retire and take on children to teach them Kung Fu. Unfortunately, one of her students were taken by a man named Urien. Nevertheless, she has defeated the maniac and rescued her student. 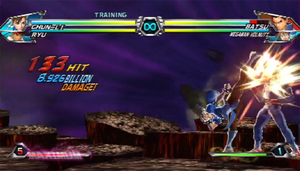 Chun-Li has once again teamed up with her Capcom friends to fight against the Tatsunoko Anime universe. She has fought well against Jun The Swan. 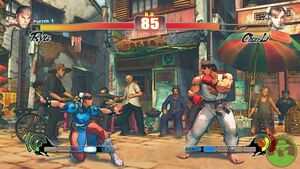 Chun-Li receives information that Shadaloo isn't out for good just yet. Now, she has to fight against it's affiliated organization called S.I.N. Along the way, she fought against a C.I.A. agent Maya "Crimson" Viper and won against her. She helped Guile and eventually Abel infiltrate S.I.N.'s headquarters. They escaped before the base collapsed. 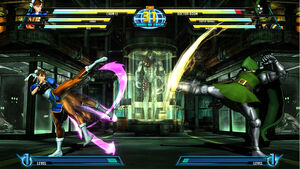 Once again Chun-Li helps her Capcom friends as well as the Marvel Super Heroes in their quest to save their own worlds from the evil Galactus. 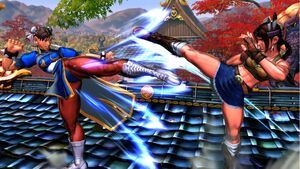 Chun-Li teams up with Cammy to discover about Pandora which was in Antartica. She fought against Asuka Kazama and Emile "Lilli" De Rochefort. They won against them, though it's uncertain who obtained Pandora

Retrieved from "https://johnnyotgs.fandom.com/wiki/Chun-Li?oldid=4958"
Community content is available under CC-BY-SA unless otherwise noted.