The video game character that turned the small industry in the 1980's into an empire and the most memorable video game charatcer that has earned him the titles such as "Mr. Nintendo" and "Mickey Mouse of Video Games". Mario has seen and done most when it comes to video games. His deeds also landed him not just on the video screen, but the TV screen and the Silver screen. Mario is still going on strong as he's still in video game type conversations

Mario's hat is one of the most memorable qualities that Mario has. It's not just a hat, Mario's hat is made of a special cloth that provides Mario with extra padding when Mario jumps to break sand blocks and/or magic blocks to earn himself coins, Super Mushrooms, Fire Flowers and the like.

Mario just wouldn't be Mario without his moustache. Supposedly to be of a decendant similar to Italian in the real world, his moustache is what adds to his popularity if it doesn't add to his abilities in his games. Though, Mario doesn't groom his moustache and gives it a lot of punishment, but it still looks good.

Mario has an impressive jump and lands on Bowser Koopa's cronies and even playing basketball(E.G. Goombas, Koopa Troopas, etc.), but Mario doesn't need sneakers for extra padding as his shoes provide more protection than any sneaker would provide. 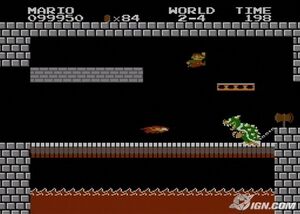 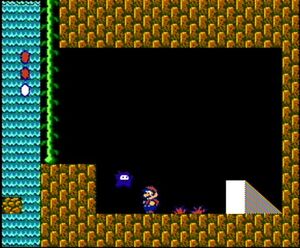 Mario had a dream that he and his friends saved a land called "Sub-Con" by defeating the evil king Wart by using vegtables. 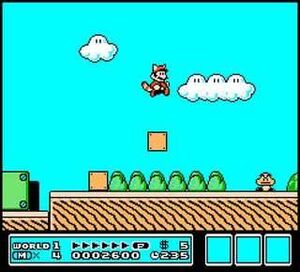 Mario and his brother Luigi fight against Bowser once again and this time they went up against 7 of his 8 kids (excluding Bowser Jr.). This could be regarded as Mario's most famous adventure. 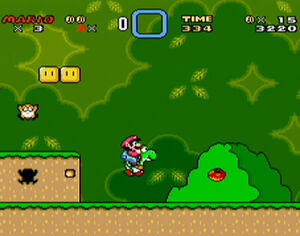 Mario and Luigi venture through Dinosaur Land to rescue Princess Peach again. This time they had help from a fellow dinosaur Yoshi. 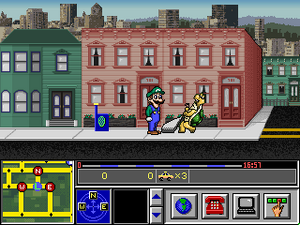 Mario gets captured by his nemesis Bowser Koopa, leaving Luigi to find him. Though, Luigi didn't like running all over the world as it was found to be boring for him. 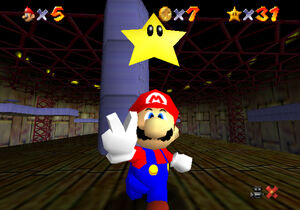 Mario was invited to Peach's castle, but he realized that Bowser is at it again and has done something with the power stars. Mario recovers them and defeats Bowser...again. 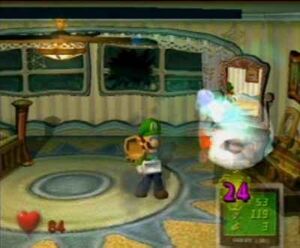 As Mario's brother Luigi wins a masnsion in a contest he didn't even enter, Mario was nowhere to be found. As Luigi discovers tha Mario is in the mansion. But, Mario wasn't happy to discover that his brother is afraid of ghosts. 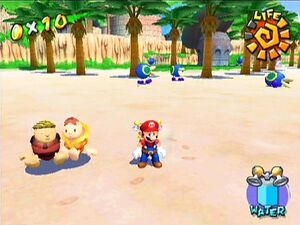 Mario went on vacation with Princess Peach, but was accused of intoxicating Isle Delfino with goop, when Mario was busy cleaning up the island he discovered that it was Bowser Jr. (disguised is Shadow Mario) and none other than Bowser Koopa himself. 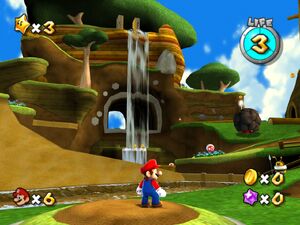 When Mario was about to celebrate the cosmos at Peach's castle, Bowser (AGAIN) kidnaps Peach and sends him to the cosmos. Mario now has to aid Rosalina and her race of Lumas to find the Power Stars. Of course, mario defeats Bowser (again) and rescues the Princess (Again. I know, it's getting old).

Retrieved from "https://johnnyotgs.fandom.com/wiki/Mario?oldid=6872"
Community content is available under CC-BY-SA unless otherwise noted.