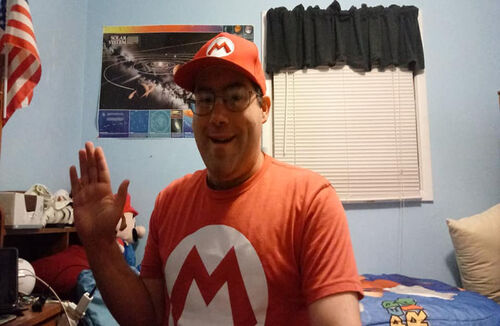 Hello everybody and welcome to another edition of Johnny's Game Profile. Today we will talk about an obscured TFG (Tournament Fighting Game) called "King of The Monsters" 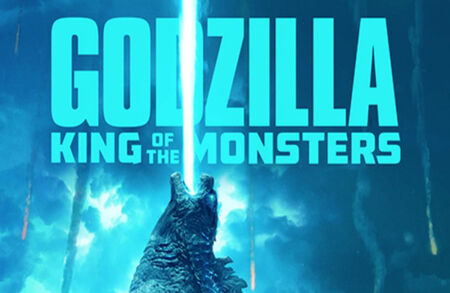 This weekend is the opening weekend of the sequel to the campy 2014 Godzilla movie. Now, I'm no fan of Japanese Monster movies, but this did remind me of the one time game for the NEO/GEO.

King of The Monsters

Supposedly taking place in 1996 Japan, and 6 giants are now fighting amongst themselves for the title of King of The Monsters. 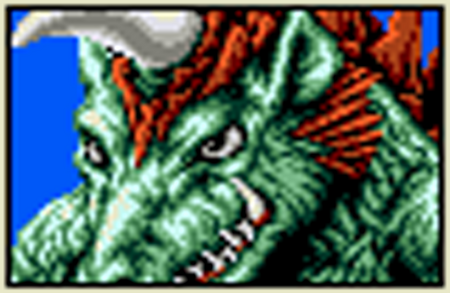 Now, it goes without saying that Geon is the game's own version of Godzilla. Geon is one of the more balanced of the giants. His special move is to shoot fire from his mouth (much like his inspiration). 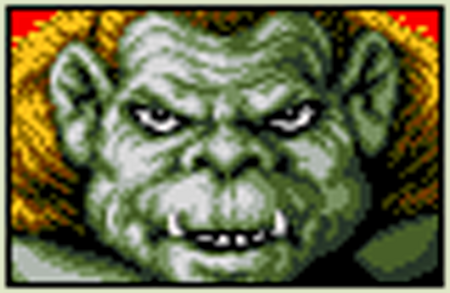 Pretty obvious it's the game's King Kong, except he's much bigger. Still he seems to be much smaller than the other characters in the game. Woo can pund the ground and send shockwaves across the battlefield. 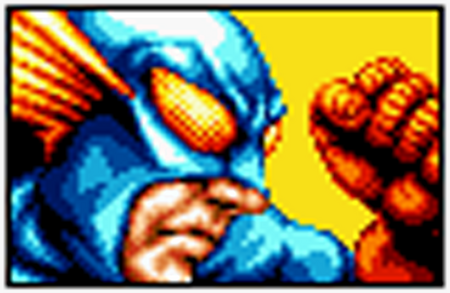 You don't have to look at this guy to know that he's Ultraman of this game. a bit bigger (and slower) than most of the characters. He can throw a fireball. 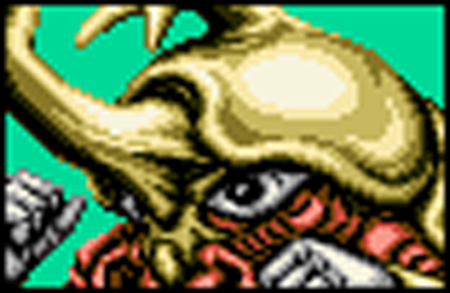 He's the game's version of one of the other Godzilla titans: Megalon. One of the slower characters, he can throw his own horn at his opponents. 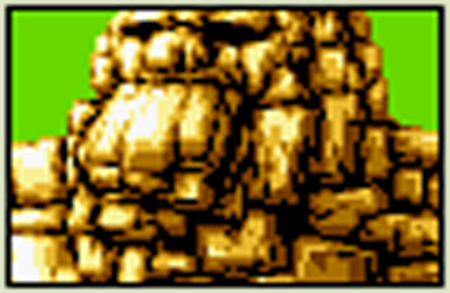 A giant, stone.......creature. The slowest character in the game, he can throw huge boulders from his chest. 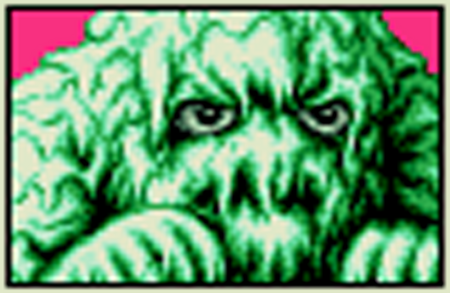 Based on another Japanese monster: Hedora (not sure if he's another Godzilla titan). Almost as fast as Woo, he throws his hand out as a projectile. 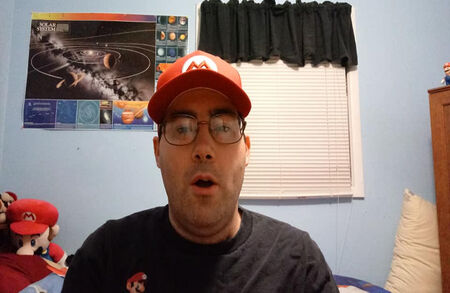 This game doesn't play like in a usual TFG such as Street Fighter or Mortal Kombat. No, King of The Monsters is (more or less) like a pro-wrestling game (almost like those LJN WWF games meets Rampage) the object to defeating your opponents is to lower their health meter by throwing them into various buildings (and since the game is set in Japan, some of Japan's famous landmarks are also in the game such as Tokyo's Tokyo Tower, Osaka's Osaka Castle and Kyoto's Imperial Palace) you also have to grab your opponents and this will give you a power ball which is needed to increase your titan's power (and your titan will change color when he levels up), once your opponent is low on health and on the ground, you need to pin them and hold them down until the count of 3, and of course you'll gain lost health back for your score in each of the stages. There's around 12 stages, though you go through a lot of the same Japanese cities (though in different times of the day), the 12th stage is (more or less) a mirror match as you face a strong version of your chosen titan. Of course, beating the game means your titan would be the King of the Monsters" and ravages through Japan unchallenged. The game was negatively criticized for it's clunky game controls and unforgiving difficulty, and even I have seen through the Youtube videos that 9 times out of 10 when the player pins the AI opponent, it'll get up right after the 2 count (even if it's health is down to zero). In each of the stages, you also have to deal with small nuiscences in the forms of Tanks, Helicopters, Jet Fighters who will drop bombs to damage the characters, and they don't pick favorites, they'll attack both the player and AI fighters.

The game was also ported to consoles. Though, both the Super NES and Sega Genesis version are quite inferior in comparison. Both home console versions only have 4 titans (Rocky and Poison Ghost are unplayable), the Genesis version replaces the names of the Japanese cities with generic names. The only silver lining is that both versions have a difficulty setting in the options menu, which can make the game a bit more enjoyable.

King of The Monsters 2: The New Thing

This stand alone sequel to King of The Monsters, a force of giant aliens are invading the Earth and the 3 Earthly monsters are the only hope for Earth's survival. 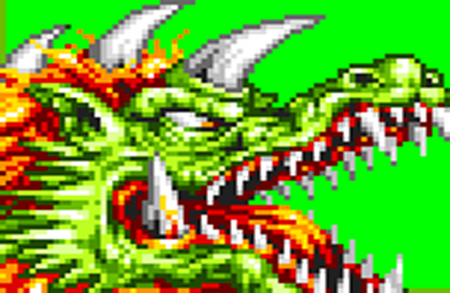 Basically an advanced version of Geon. The well balanced of the 3 titans, he can still shoot fire from his mouth like Godzilla. 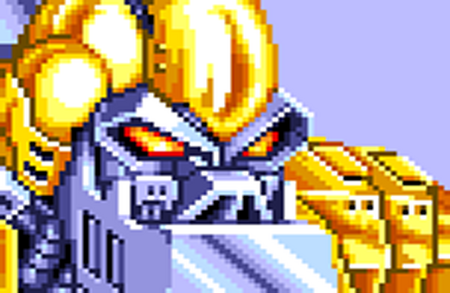 It's not too much theorizing that this is a cyborg version of Woo. The Slowest of the 3 titans, he can still pound the ground. 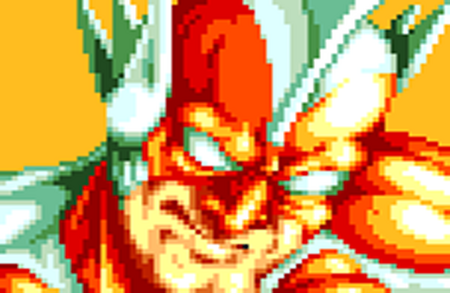 You guessed it, the "stronger" version of Astro Guy. The fastest of the 3 titans, he can through "Sonic Boom" like projectiles.

The gameplay is fundamentally the same as in the first game. But, instead of it playing out as like a TFG, it's has a story more like Final Fight or Streets of Rage, but instead of scrolling forward, the stages are in parts. First you face a series of small enemies (e.g., Tanks, Fighter Planes, Helicopters, alien creatures) before moving onto the stage's boss. Unlike in the first game, you don't need to pin your opponent to defeat them, just deplete their health meter. You can still find Power Balls, but instead of grappling your opponent, you need to find power balls in either buildings or other areas that you can destroy. Though, there are negative power-ups which can either drain your character's health or bring them down a power level. The game also takes place in various areas around the world and not just in Japan. (e.g., New York, San Francisco, Paris, The Grand Canyon, The Sharrah Desert) though the areas have generic names.

Unfortunately, the game still is quite hard and only a few hardcore gamers can actually beat it and the game controls are still clunky. Like it's predecessor, it was also ported onto home consoles, though the Super NES was considered to be the worst of the ports (despite that it has the ability to block).

Well, that is it for this edition of Johnny's Game Profile. Don't forget to check out my World and Movies wikis as well. Until next time this is JohnnyOTGS signing out.