Hello everybody and welcome to another edition of Johnny's Game Profile. Today, I'm going to talk about a little known game for the Original Wii, Red Steel.

Before the game company Ubisoft was known for the Assassin's Creed series of games, they were a struggling company. As the Original Wii launched, they released this game.

Red Steel is one of the very first game for the Original Wii and it utilized the use of the Wii Remote as you use not just modern guns but also the Katana (Japan's sword of the Samurai).

The story follows a man named Scott Monroe (that's you, the player) on a special engagement dinner with his Fiancee Miyu Sato, the daughter of former member of the Yakuza (Japan's Mafia) Isao, but the dinner goes horribly awry as Isao arrives at the restaurant as a man open fires and kidnaps Miyu. Scott then relizes that an enemy Yakuza clan is after the Sato family's Heirloom: The Katana-Giri. Scott must rescue Miyu and protect the Katana-Giri.

Ubisoft wanted to make this game a *unique* kind of shooter, not just one that utilizes the use of guns, but also the Katana where you aim the Wii Remote and swing it (depending on which weapon you use) but also using different weapons.

The Environments are also quite good as you not just go through fancy restaurants, but also a massage parlor, an automobile repair shop and even hangar, and it gets even better when Scott goes to Japan. In Japan, Scott goes around Tokyo helping the Sato clan's members by saving the clan's business as Scott goes into a Japanese Bank, A Pachinko place (A Pachinko is a Japanese Slot Machine if anybody is curious) and even a strip club, and this is just the tip of the iceberg, Scott also ventures to the Japanese countryside and into a Japanese castle.

The Katana Battles are also quite dynamic as well. By defending against your opponent's attacks you can attack your opponent. After defeating your opponent, you can either finish them off, or let them live (doing the latter will get you what is called "Respect Points")

Respect Points can really help you to get more respect and raise your "Respect Level" which in turn allows you to learn more techniques of the Katana and even new gun techniques as well. Letting opponents live, destroying enemy guns and making them surrender and using combos with your Katanas all earn you respect points. 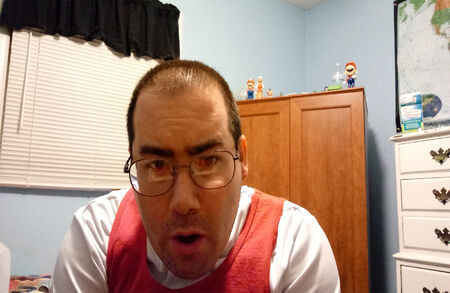 Though, the game is defnitely good at trying to ultilize the Wii Remote motion controls. Unfortunately, a lot of things plagued this game. First it was the execution of the game itself. Eventhough Ubisoft wanted this to be a *unique* kind of shooter, it turned oout to be just an ordinary, "run-of-the-mill" First Person Shooter game and the Katana is only used in certain parts of the game (to make it simple: Boss Battles). The Wii Remote controls are also far from perfect in this game, and the game also suffers from graphical and gameplay mechanical issues such as glitches. So, this game though wonderfully thought up and particularly sound, but with poor execution, the game was a significant letdown for most.

However, Ubisoft didn't exactly give up on Red Steel, they would create a new Red Steel game 4 years later.

Taking place in an unknown world, the lone Kusagari Swordsman barely survived a torture from an essentric leader named Payne. Now this swordsman must get back his clan's sword known as the Sora Katana which another clan leader named Shinjiro wants.

Ubisoft's aim for the second game was to fix all of the problems of the first game as well as make it a far cry from the original game. Ubisoft has delivered with this game as it has a lot more smoother gameplay mechanics and even have much better execution of ultilizing the Wii Remote controls and use a combination of the Katana and guns that fit the "Old West" atmosphere.

Instead of continuing the story of Scott, Miyu or The Katana-Giri. Red Steel 2 opted to be a stand alone game where it takes place in a strange world where it mixes 19th century Old West USA as well as old and new styles of Japan such as modern suburban Japanese areas and Japanese Castles and Temples in the Monolithic Mountains (just look at Monument Valley) of the desert as well as Old West Style buildgins such as Salloons. Instead of life-ike grpahics the games opted for some cel-shaded graphics to get that comic book feeling.

Instead of Respect Points, you can earn money for killing enemies, exploring and completing objectives. You can use this money to either buy more guns, learn new sword techniques, upgrade your sword or even health extensions and extra lives (more like revival systems like thwe fairies from The Legend of Zelda).

Well, that is it for my edition of Johnny's Game Profile. Don't forget to check out my Movies and World wikis as well. Until next time, this is JohnnyOTGS sining out.