Hello everybody and welcome to another edition of JohnnyTalk.

Today we are going to talk about the upcoming Baseball game: MLB The Show 18 and it's new features, what I do like, what I don't like and what I would've liked to see. 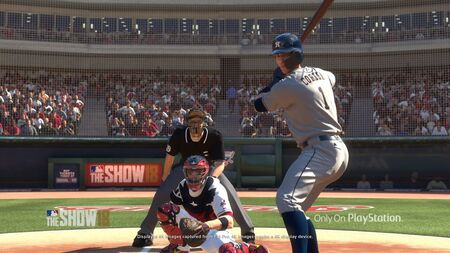 Sony is always tinkering with the graphics in this game. However, from what I have learned that some of the backgrounds will change in this edition of MLB The Show, the minor league stadiums will have different backgrounds (like Ironhorse Stadium will look like it takes place in the desert). But it doesn't end there, there are other improvements to the character 3-D models as well and even improved movements such as the catcher and baserunner as well. There is also better hair detail as the customized players have more hair options (especially if you choose a long hair option)

Now I don't think that graphics are what make a game, a game. But MLB The Show does pull it off quite nicely (it's supposed to be based on realism after all). 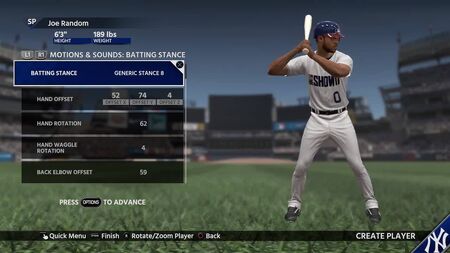 Another thing that Sony is always tinkering with this game. There are a lot more posing details, making way for a lot more customization options. Apart from the hair options, you can also customize individual batting stances, meaning you can have your very own batting stance rather than sticking to a fixed batting stance. There is also a lot more Home Run swings and Home Plate celebrations as well. 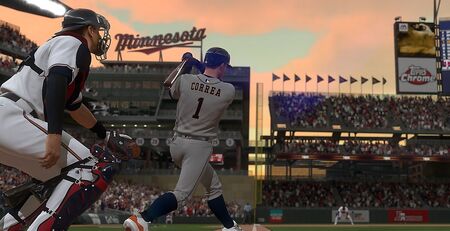 Yet another thing Sony is always tinkerting with in this game. Since the 2017 edition, the Baseball's trajectory became a bit more dynamic. I remember playing the 2016 edition (as my Player is a firstbaseman in Road to The Show) and the 2017 edition and in the '16 edition, fly balls were *always* in foul territory, then came the '17 edition and the fly balls were in fair territory as well as foul, this creates the possibility of errors if you don't catch it. In this edition, they're even more dynamic as they can fly in fair territory but also roll in foul territory, creating more foul and fair balls where the ball itself is in an unusual position, forcing the fielders to dig it our of the outfield corner (if the ball is hit down the foul line). 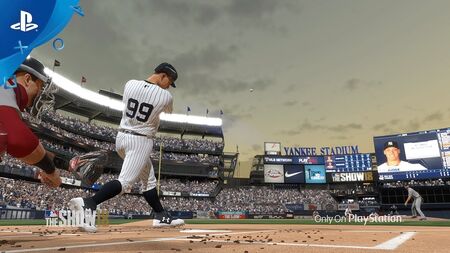 There are also some brand new presentation features. When a player hits a Home Run, instead of the usual slow-motion replay you will get to see actual "Real-Time" replays of home runs (like in actual games on television), on top of that, you will also see a track of the ball (just so you can see where it is).

Road to The Show Player Progress 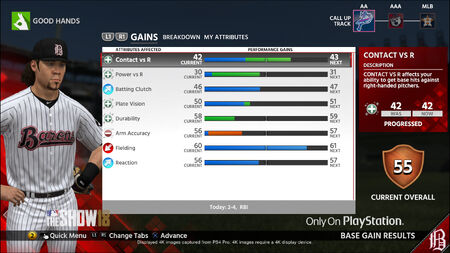 Road to The Show is yet *another* thing Sony is tinkering with in this game. This time, they have given the player progression a heavy overhaul. In the '18 edition of this game, your player will progress clearly what he has done in baseball games instead of gaining training points so no more buying training points with your stubs and building up "the ultimate ballplayer", you also must choose an "archetype" for your player for which better suits your style and the position your player plays. There are also "attribute caps" where some of your attributes can only go so high (depending on your archetype), so no more having all attributes to 99 and having your player be the likes of Bryce Harper or Clayton Kershaw.

For me, this is disappointing because this could mean that your player will stay in the minors for several seasons waiting for that MLB call. Now I think they did this to get rid of one of the negatives of modern gaming, in this case it's "microtransactions", though you can still buy stubs and even equipment for your player (which is still a plus). 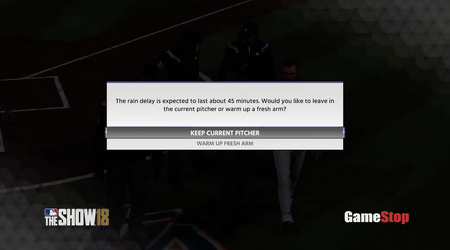 Now, rain in MLB The Show isn't anything new. But unlike previous editions where you can still play a full game in the rain. Starting in the '18 edition, there's going to be rain delays (or rain outs). If you're playing a franchise mode, this may effect your current pitcher, either stay with your pitcher, or bring in a reliever. If you're playing RTTS as a starting pitcher, the manager may pull you out, ending your game. Games that are rained out will also bring out double-headers later on in the season (as in real-life where teams must play 162 games, no more no less).

The talk about MLB Legends 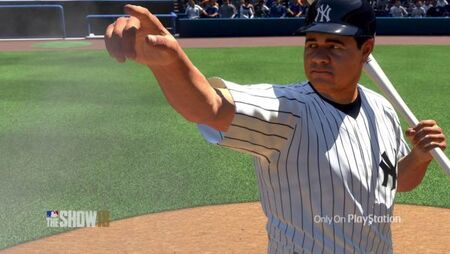 Now, this is not really something that "I don't like about", in fact I think it's nice to see more MLB Legends (like Babe Ruth, picutred above). But, what I don't like is that they're trying to overhype them as if they're a truely new feature in the upcoming '18 edition. Having MLB legends in MLB The Show isn't anything new, but it is nice to see some more. Just don't overhype a feature that has been in a game for several years.

What I wouldve liked to see

More focuses on your player in Road to The Show

Player Progression aside, I think there should be more things about your player rather than just on player progression.

My suggestion is to have something like a Popularity rating (like in Fight Night Round 4 for the PS3) to see how popular your player is (judging by how well your player plays) and to even see what he is doing off the baseball field, I would even like to see your player be presented an award if he wins one (e.g., Rookie of the Year, MVP, Cy Young).

Now, trying to play your entire team in Franchise Mode is a very time consuming thing. Now because they have player-lock, this speeds up the time. But what if you wanted to play more than one player on your team? I would like to see that so if I wanted to play one time or do Franchise Mode, I don't have to just play one player but several (like the pitcher and a field position).

Now, I'm not in the care for the Baseball cards. But I wish there really an easier way to receive the legendary ones instead of doing online games (since I don't care for Online play either).

Well that is all for this edition. Don't forget to check out my Movies and World wikis. Until next time, this is JohnnyOTGS signing out.