Hello everybody and welcome to another special edition of JohnnyTalk. Just like last year, I'm going to talk about some of the aspects of MLB The Show of course it's going to be this year's edition. The things I like, the things I don't like and things I still like to see. 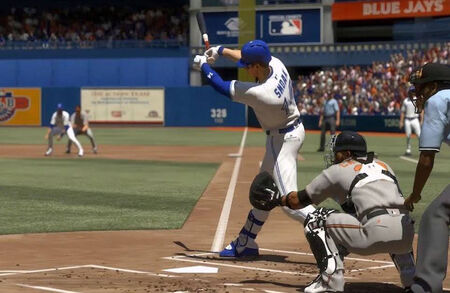 Just like with last year's game. San Diego Studios has improved the trajectory of the ball so it becomes a bit more unpredictable, so if you're not careful you can commit more errors on the field.

Road to the Show Improvements 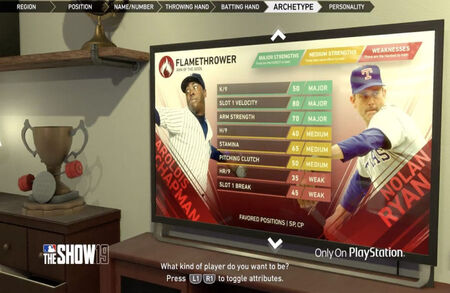 As you may or may not know from last year's edition of MLB The Show, it introduced a brand new attribute system where you must work hard and accumulate attributes by performing good. You also choose an "archetype" to better classify your player. You can either make your player either hit for contact, hit for power, have great fielding abilities or if you want your player to be a pitcher you can choose him to have a "mean" fastball or have command with his pitches or have junk pitches be his specialty.

This year however, it's different. Instead of set max caps (though there are still attribute caps, but instead of having certain attributes set max caps at either 50, 60, 70 or even 80, all attributes can go to 99). Bu there's a "catch" (pun intended of course) depending on which archetype you've chosen, you can see that your player will have strengths *and* weaknesses, and these "weaknesses" are going to be the attributes your player will have the most difficult time improving on.

Nevertheless, the hitting in this game is somewhat improved for when you want your player to be a contact hitter, your player will have a bit of a better time hitting for some amount of power, if your contact hitting player doesn't hit home runs all the time, he can still hit for an extra base hit and into the gap. 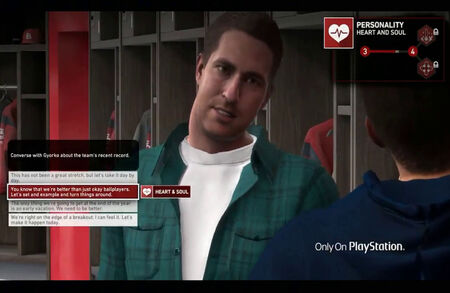 So, it'll be your job to not just try to get along with your team mates and try to do what the coaches and manager says, but your player can also interact with other players on other teams (especially rival teams).

MLB The Show 19 brings 2 interesting new game modes for you to try out. 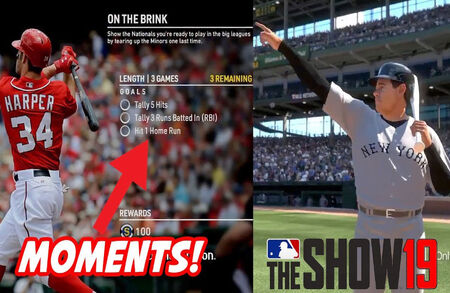 There's a special mission mode in this year's edition of MLB The Show, and one of them is called "Moments Mode" where you get to interact with some of greatest moments in the history of Major League Baseball. One of these modes I have seen is in the 1932 World Series where Babe Ruth "Calls his Shot" and it's your job to make sure he hits a home run. I also saw in screenshots of a game where Willie Mays makes his famous over the head catch. 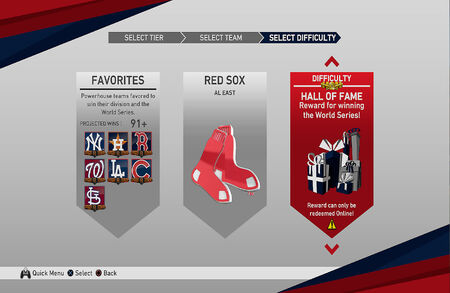 Another mission mode like game is in the form of "March to October" where you choose a team (and they're categorized from favorites to contenders, to underdogs), it's a bit like franchise mode. But instead of playing all 9 innings in all 162 games. You play only in key moments, and coming through in these "Key Moments" will increase your chosen team's chances in getting into the postseason.

I also saw in other screenshots of the game that all of the teams will get some new unifroms (classical and modern) which a giant plus especially if you like variety. 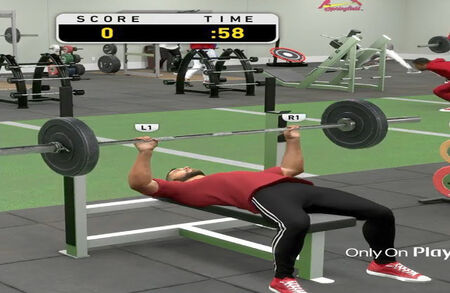 In last year's edition of MLB The Show, it introduced something called a workout session that your player can do to increase his attributes. This year however, they're going to be more interactive, and how much your attributes will increase depends on how well you perform at your chosen workout session. Now, I have seen workout sessions in other games (namely the Fight Night games) and I know that the play for these workout sessions are unbalanced, and that is to say that some sessions are as easy as 1,2,3 while others are aggravatingly difficult. Now, could MLB The Show follow this same formula, well that is something we have to wait and see it for ourselves.

Well, this year's edition looks fully stoked, but there are still quite a bit that I like to see.

I know, I keep talking about uniforms. But I would also like to see "Player's Weekend" where tghe Players wear special color uniforms of their team's colors and have their nicknames on the back (which would be quite cool).

I've been wanting to see this in a baseball game for quite a while, but no video baseball game (not even MLB The Show) has this feature. I can only imagine what it'll be like to be in the WBC especially if you're playing RTTS, your player in the WBC.

Well, that is all I have for this edition. Don't forget to check out my Movies and World wikis as well. Until next time, this is JohnnyOTGS signing out.