Hello everybody and welcome to another edition of JohnnyTalk. Now I seldomly talk about movies on my Gaming Wiki (that is what my Movies wiki is for). But a few weeks ago I went to see Ready Player One which was about a world dominated by a Virtual Reality video game system called the "OASIS". 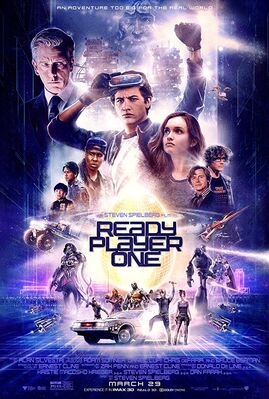 In Columbus, Ohio in the year 2045, a young man named Wade Watts uses the VR game system (the OASIS) to get away from his otherwise bad home life (with his Aunt and cousin). The creator of the OASIS (Jimmy Halliday) has died 5 years before the events of the movie, and challenges anybody to unlock the "Easter Egg" which gives anybody who finds it Halliday's fortune (consisting of several Trillion dollars) and total control over the OASIS. Watts (with his avatar: "Perzival") competes in many contests to find one of the keys to unlock the Easter Egg, one being a VR race. But what Watts will soon realize that it's not just him or anybody else that comes to the OASIS wants the Egg, it's also a power hungry corporation known as the Interactive Online Industries (or IOI for short) who have plans for the OASIS. As Watts (and Perzival) gains fame in the OASIS, he also gets IOI's attention as well, which forces him to join a rebel faction against IOI (one of which has a woman named Samantha who has an avatar named "Art3mis"). Watts, Samantha and others rise up against IOI and the quest for the Easter Egg now becomes a race against time, and evil.

Ready Player One has a lot of references as well as cameos of characters from certain video games. 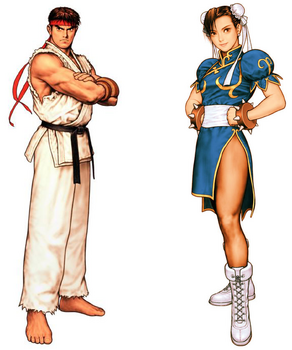 There are quite a bit of references from Street Fighter, and some characters themselves make cameo appearances.

Ryu, can be seen competing in the VR race at the beginning of the movie (eventhough, Ryu would rather walk). He is also seen in a VR ad when Watts won the race a few scenes later performing his iconic special moves (e.g., the Fireball and Dragon Punch), another Ryu reference is when during the climatic scenes when Perzival (Watts' avatar) was fighting Sorrento (the CEO of IOI) and uses the Fireball on him. 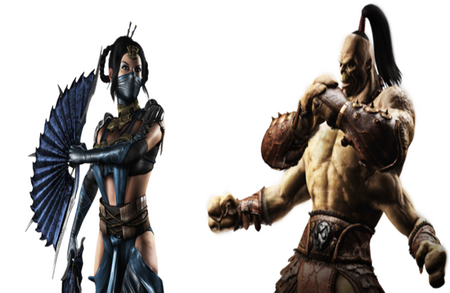 Ari3mis disguises herself as Goro to lead Perzival into a secret room, and breaks her desguise by having a chestburster (from Aliens) go through her Shokan visage.

During the climatic battle scene, Kitana also makes an appearance. 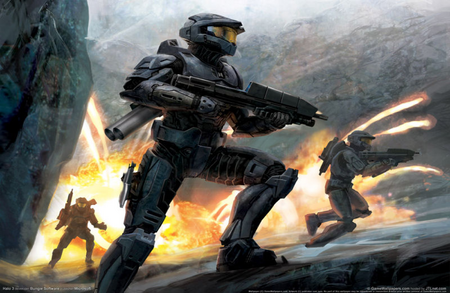 The Spartans from the X-Box game series also make an appearance as they are seen shooting some of IOI's VR robots.

Art3mis has quite the arsenal in this movie. Along with the M-41A Pulse Rifle from Aliens, she also uses the Mk2-Lancer Assault Rifle from Gears of War during the climatic battle scenes against the IOI. 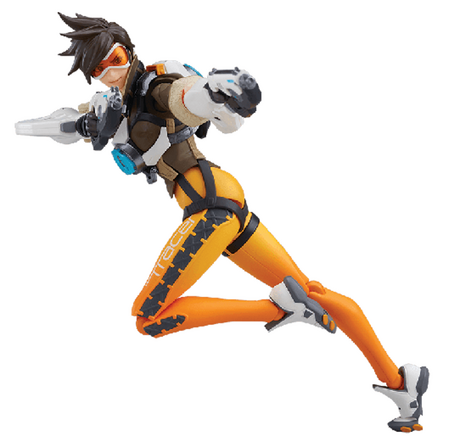 One of the latest games that got into the movie is the famed Online only video game Overwatch and it's most famous character Tracer. She appears alongside Chun-Li and other avatars during the climatic battle scene.

Well, that is all for this edition of JohnnyTalk, don't forget to check out my Movies and World wikis. Until next time, this is JohnnyOTGS signing out.