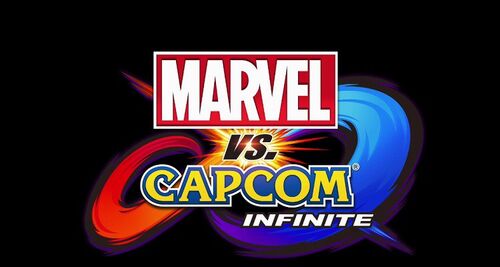 Hello everybody and welcome to another editioin of JohnnyTalk.

Now, you may have heard that the universe of Capcom, the characters from Street Fighter, Megaman, Rival Schools, Darkstalkers, Bionic Commando are once again slugging it out against the finest in the universe of Marvel the likes of Captain America, Iron-Man, Spider Man, The Hulk and others in the new Marvel VS. Capcom: Infinite

Right now, thew roster looks very interesting since it already has some familiar faces coming back as well as some brand new faces to go along with those big names. It is also bringing back some old fasdhioned game mechanics, including the use of infinity gems that were used in the Arcade Version of Marvel Super Heroes.

So, I (Johnny OTGS) give you my own personal projection of the roster In Marvel VS. Capcom: Infinite.

A lot of these Marvel characters are what Marvel Studios have the rights to. Since it doesn't have other Marvel Movies such as X-Men and The Fantastic 4, don't expect any characters from those franchises, I apologize to the fans of X-Men (especially Wolverine)

These aren't 100% predictions, and we will never know if any of these projected characters will be in the game, even as DLC. But it's fun to project, right?

What do you think would appear in the next Marvel VS. Capcom game?

Well, that is all I have about JohnnyTalk today. Don't forget to check out my other wikis about either here  if you like movies and here  if you like history and other things about our crazy world. Until next time, this is Johnny OTGS signing out.