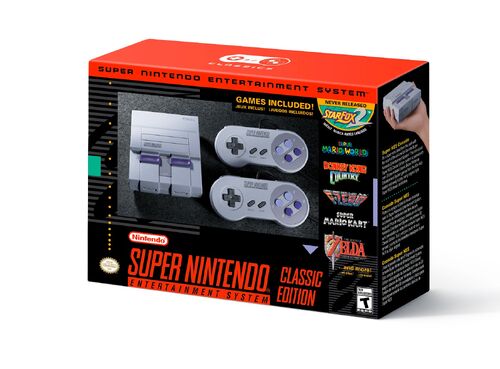 Hello every body and welcome to another edition of "JohnnyTalk". Now, you already know that Nintendo has recently announced that it will release a small version of the Super NES (like they did with the NES Classic Mini last year), and with it it'll have 21 pre-recorded games such as Super Mario World, The Legend of Zelda: A Link to The Past, Super Mario Kart, Donkey Kong Contry, Contra 3: The Alien Wars, Super Castlevania 4 and Super Mario RPG. But, I think that they let out a slew of other great games for the Super NES which would make fins editions to the Classic Mini, here are the games that *I* think should in the Super NES Classic Mini.

The Legend of The Mystical Ninja 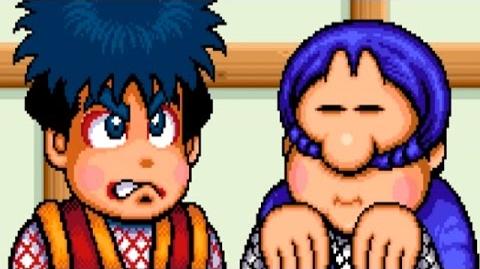 The video game that helped develop my love for Japan, this very unusual game which was difficult as well as fun ( and funny). You play as either Goemon (Kid Ying in the US version) or Ebisumaru (Dr. Yang in the US Version) as you fight enemies and collect money so you can buy power-ups such as sandals to move faster and jump higher, straw hats, straw clothing, armor and helmets to protect yourself from enemy damage and even pizza and hamburgers (in the US Version) to restore lost health. You go all over Japan to try to find the Emperor's Daughter: Princess Yuki as you fight not just the local thieves and samurai, but also lantern festival dancers, women and babies that use a machine gun concealed inside the carriage and even Hannya masked construction workers that throw bouncing hammers at you. The game also has some Japanese style humor as you see characters bug out when they get hit (like in a cartoon) there are also modern style mini games you can play such as Alleyway and Konami's own Gradius.

Based on the anime Area 88, UN Squadron is known to be one of the most difficult Super NES games, but nevertheless it is fun and memorable, you get to play as either Shin Kazama (a commercial jet pilot who joined the UN Squadron on a bet he made with an old friend) Mickey Scymon (a former USAF Pilot) or Greg Gates (exclusive to the game), unlike the arcade game however, this version of UN Squadron uses some RPG elements as you must have a certain amount of money in order to purchase a new jet fighter and even secondary weapons you can use on your missions, and the weaopns themselves are very nifty to use. The bosses you face are bascially machines which range from Tanks to Submarines to Battleships to even the B-2 Spirit Stealth Bomber, because of this the environments of the stages are spectacular ranging from bases, the ocean to the skies to even mountain caves.

This surprising gem for the Super NES is almost the opposite of some of the other Super NES games, it is quite easy to play and beat (especially if you have playe this game several times). The game is very similar to Megaman as Sky (the main protagonist) gains powers after beating a certain boss, however this game has very impressive graphics as it uses the Super NES' famous Mode 7 graphics capabilities which makes rotating sprites possible as well as dynamic environments (as Sky will fly in the Sky and even face a wall boss that rotates) and with a really great soundtrack to top it all off.

The Super NES Classic Mini already has Megaman X, so why not this game. Yes this game looks a bit more Juvenile than the X series (that's because it's supposed to be), but this game is no slouch as it's very challenging. I also think that this game also deserves to be on th Classic Mini due to most of it's re-releases being lackluster due to issues emulating it onto other disks, when the game was on Megaman Anniversary Collection for the Gamecube and Playstation 2, this game's ending was very different, and one of the reason for that is that they couldn't get the wavy effects of Dr. Wily's burning labs to transfer onto the disk. There is also a lot to collect such as the Power Buster armor where Megaman can merge with Rush and he can fly and use a Punch weapon similar to the Mega Arm weapon in the Gameboy version of Megaman 5 and you can also use Protoman's shield as well.

Much like Street Fighter 2 and Mortal Kombat, NBA Jam found huge success on the Home consoles as well as in the Arcades, the Super NES version is the most prevelant. Unlike a lot of Sports games today, NBA Jam is known for it's reknowned simplicity of the Sport of Basketball, instead of going through the NBA season and winning the finals, your goal is to defeat the other 27 NBA teams. Even for non Basketball fans, this game was really fun.

Another graphical upgrade of an old game makes it on my list. This game was fantastic (and a bit funny), it was notably simple to play than the original NES version, Master Higgins can throw hammers and boomerangs (as well as fire if he collects enough of the current wqeapon he is using, he can also ride on skateboards if he gets one. The environments of the game are also great where Higgins traverses Beaches, Deserts and even the insides of a Whale. There are also bonus stages where Higgisn can earn bonus points.

This is simple to explain, Actraiser is 2 games in 1 is part-action, part simulator where you (the Master) must traverse worlds to rid it of monsters, but at the same time you also must help the people in the many parts of the world grow and advance technologically, doing so will increase your power and health.

A Comedic stab at the popular TFG craze of the 1990's, Clay Fighter was also one of those popular games for the Super NES as the fighters are like Elvis Presley, Frosty The Snowman, Helga The Terrible, a blob of goo and a stretchy creature of some sort. The game plays a lot like street fighter but it also has some dazzling graphics (advanced for the time) and uses some humor in there as well.

Final Fantasy and Super Mario RPG aren't the only well known Turn Based RPGs on the Super NES, there's also this game. I have never played it (as I stink at Turn Baded RPGs), but it's also like in the movie Back to The Future as you travel in the same world at different times, and it's the protagonist's goal to try to re-wirte the future. The illustrations are also done by the famous Akira Toriyama (who did the Dragon Ball series of anime).

Another comedy game for the Super NES, taking the inspirations of all kinds of movies ranging from old 1930's monster movies and even current horror movies, you play as either Zeke or Julie as they try to save their neighbors from being eaten by zombies. There's also a *huge* assortment of items you can use, and they are very unusual, stuff that you wouldn't use as weapons like silverware, dinner plates, soda cans, and even squirt guns, Zeke and Julie can also drink potions to either turn invisible or into monsters themselves. The game also has a lot of levels and even a lot of areas to explore.

Well, that si all for this edition of JohnnyTalk, what other games would you like to see on the Super NES Classic Mini? Don't forget to check out my Movies and World wikis, until next time this is JohnnyOTGS signing out.