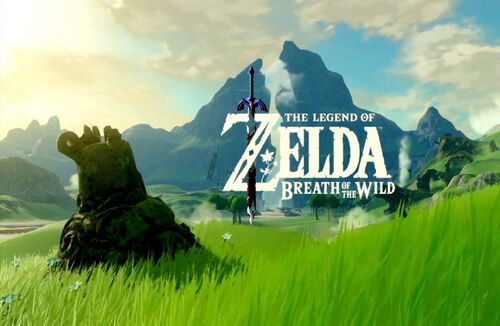 Hello everybody and this is another edition of JohnnyTalk. You may have already know about the new Legend of Zelda game for the Nintendo Switch: Breath of The Wild which is taking the gaming world by storm as of late, loved by gamers old and new and was even given the most perfect scores from gaming critic networks. But there is one individual that isn't enjoying the greatness of this name, and it is ironically me (yes, I JohnnyOTGS). Now, I have personally voiced my distaste for the game since it was announced, I have viewed all of the screenshots and even the gameplay videos (that fun stuff) and in some cases when I voiced my opinion on this game I got into a bit of trouble on some gaming groups on Facebook (even getting kicked out of one, and I will not describe the name). I even watched some actual game footage on this to see if it is what I really do not like about, well I did find some of that, but at the same time I found some things that I actually *DO* like about it. Here are what I don't and do like about Breath of the Wild

Part 1: What I don't like about Breath of The Wild 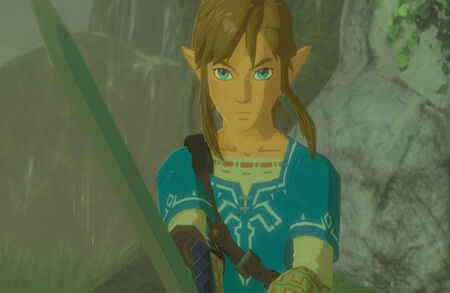 One of the many traditions of The Legend of Zelda is that Link is a lefty hero (as he usually holds his sword with his left hand) this tradition has been broken with the Wii version of Twilight Princess followed by Skyward Sword, but necessarily so due to the Wii Remote (usually held and used with the right hand). With the Wii U and games that Link was in such as Super Smash Bros. for Wii U and Hyrule Warriors, Link went back being the traditional lefty hero he always was. But when Breath of the Wild was announced, Link finds himself a righty once more. Now, I am the one to not mess with Traditions, I just think having Link a right-handed hero is the equivalent of having, say a Back To The Future remake with a modern car instead of a DeLorean as the Time Machine.

However, this is not the only Legend of Zelda tradition Breath of The Wild breaks, there will be more of these in this part of the blog.

Hyrule is in ruins 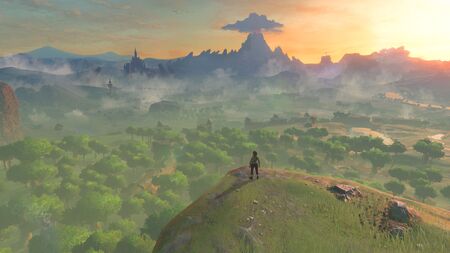 This is not something that is new to The Legend of Zelda. The Wind Waker was actually the first to tell the story of Hyrule and how it was destroyed, in Breath of The Wild, Hyrule isn't underwater (no duh) but in ruins, almost like a great disaster has happened to it.

Nevertheless, it brings a tear to the LOZ fan's eye to see Link's beloved home destroyed, especially in this game where he wakes up to a ruined Hyrule (almost like with BJ Blazkowicz in Wolfenstein: The New Order were he wakes up to a world controlled by Nazis).

It's an Open Sandbox Game 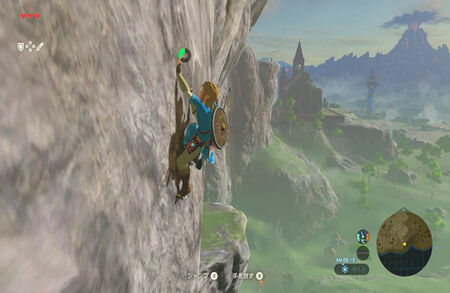 Now, while it has been a tradition for The Legend of Zelda to be taken place in an open world (after all, The Legend of Zelda was supposed to be the opposite of Super Mario Bros., where SMB is linear and you don't go back, in LOZ you can travel pretty much anywhere) but Breath of The Wild follows not just the Open World theme, but also the Open Sandbox gameplay concept (games such as Grand Theft Auto, Assassin's Creed and The Elder Scrolls made the Open Sandbox Game genre famous), I have personally played The Simpsons Hit & Run (a Simpsons comedic parody of Grand Theft Auto) and Assassin's Creed 4 Black Flag (my GF gave it to me on my Birthday this year) and after a while, I found those games boring because to me it strayed from the main story of the game and I kind of wondered if the story of the game was redundant or an afterthought.

The good thing though is that you don't need to progress through the game or obtain a certain item in order to reach a certain area (though in some ways it is still required to get an item, but not a mandate). 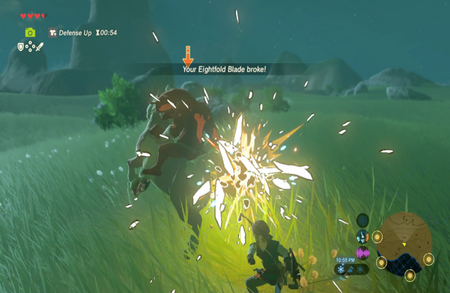 This issue within itself has something that I both do *and* don't like. What I *do* like is that there are a seemingly endless variety of weapons ranging from sticks, clubs, spears, hammers and (of course) swords that Link can use. Unfortunately, almost all of the weapons that Link uses breaks after a certain hits, as is tradition Link also uses shields, but they also suffer the same fate after taking a few hits.

But there *are* solutions to these problems, there are weapons you can find that are litteraly unbreakable. Like the Master Sword (a long standing LOZ tradition) the Hylian Shield and there is even a spear that Link can find and never breaks either. 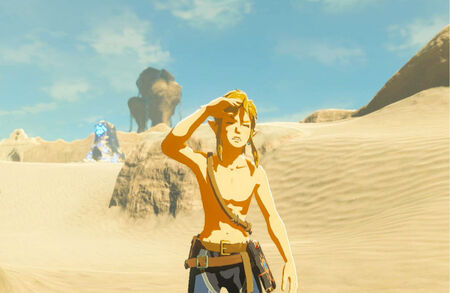 Link traversing in areas with extreme environments isn't something new to Breath of The Wild, but what *is* new however is that Link will lose health if he does traverse these "extreme environments" whenever he is on a high mountain that has snow (extreme cold) or a desert (extreme heat) he will feel the effects and lose health. 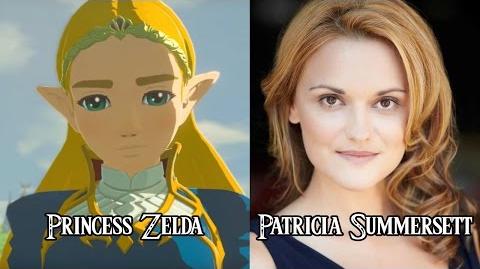 Much like in almost every modern video game today, Breath of The Wild has actual voice acting in it. However, the LOZ tradition of having text boxes isn't entirely broken as they are still in the game. Still, as a traditionalist I really do not see the necessity of voice acting in LOZ games.

Lack of dungeons to explore 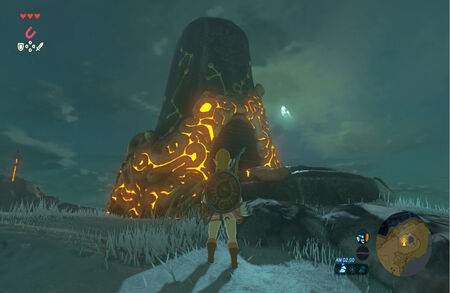 This tradition isn't entirely broken either as Breath of The Wild does have shrines to explore, and eventhough they're quite limited, but the rewards are worth it. You receive Shiekah Gems which you can use to either increase your health or stamina. There is also a lack of dungeon items to find as well, instead Link has a special I-Pad like device he uses, and this thing is pretty nifty as it acts like a map and even a camera to take pictures with, but it can also act like a magnet, a time freezer and it even can create platforms on the water.

Okay, now all of the things I don't like about it are out of the way, how about some possitive things to say about this game?

Part 2: What I do like about Breath of The Wild 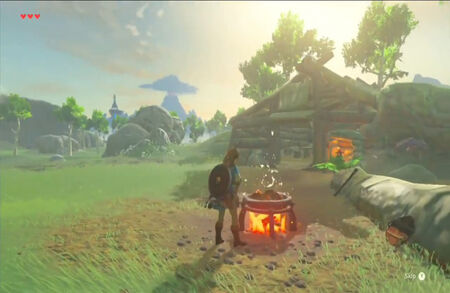 In Breath of The Wild, another tradition is broken and that tradition is that defeated enemies do not drop health giving hearts, nor does great fairies restore Link's health once he finds one. But what is good about this break in tradition is that Link can find pieces of food to restore his health and it gets better, he can also find multiple pieces of food to cook whole meals which give him a huge boost in health (by finding a cooking pan which isn't difficult in this game). There are a lot of meals Link can make with the food he finds as well as a lot of other things Link can eat. They can also give hima temporary boost in strength, defense or even help him resist extreme cold or extreme heat. 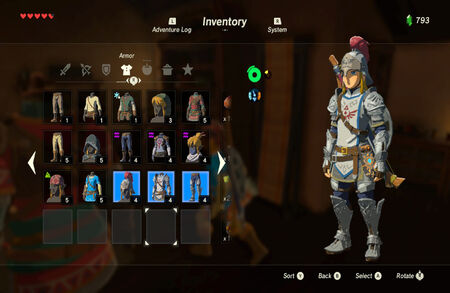 By now, you may or may not be getting sick and tired of Link wearing that same old green tunic and bed hat, right? In Breath of The Wild there are oodles of clothes Link can wear, he starts out wearing a blue shirt and shorts at the beginning of the game, but he can find and even buy other clothes that have unique qualities, he can wear a suit of armor (like in the picture) which give him a boost in his defense, and even clothes that he can wear depending on the environment he is currently in, or even help him traverse an area silently which you will have to do in certain times in the game. Of course, if you still like Link wearing his traditional garb, you can always find it via the Nintendo Network or through an Amiibo (little figurines Nintendo uses to sometimes promote their games, but have certain features in themselves).

Link can ride a lot of animals 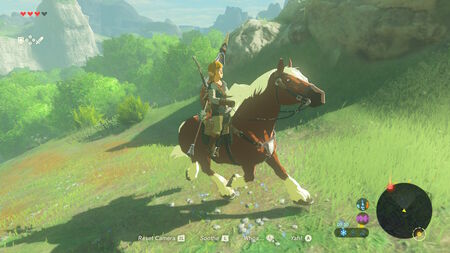 Again, not something new to Breath of The Wild as Link has ridden on many animals including Horses (especially his trusted steed: Epona), however in Breath of The Wild, Link can find other Horse-like creatures and ride them, though in this game it's a bit more difficult to do as you also need to calm the horse down if you tell it to go faster. There is a place where it can train the horse for you (for a small price of course).

Epona *does* make an appearance in the game (through some kind of extra content) and is arguably the best Horse in the game (no duh).

It's helping with sales of the Switch 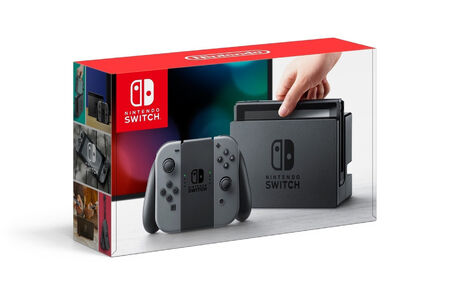 It is also an undeniable fact that Breath of The Wild is definitely helping with sales of the Nintendo Switch as many Nintendo Fans are now regarding the Wii U a commercial failure since it's sales were way below expectations in comparison to the Playstation 3 and the X-Box 360. Just within the first weeks of it's release, the Nintendo Switch has far surpassed the number of Wii U sales, meaning that the Nintendo Switch has sold more units in justa few weeks, than the Wii U did in 5 years. Taht is something I *do* like, but what I *don't* like is that The Legend of Zelda shouldn't be the *only* reason to buy a Nintendo console, it also should be other games (such as Super Mario and other great games)

That is all for this edition of JohnnyTalk, don't forget to check out my other wikis: The World and Movies. Until next time, this is JohnnyOTGS signing out.