Hello again, and welcome to another special edition of Johnny Watches Youtube. Today, it is another fighting game called Deadly Arts, one of the fewest TFGs for the Nintendo 64.

The TFG (Tournament Fighting Game) has around 8 playable characters and 2 bosses (unlockable via a code) plus a fighter you created. Please note, that the profiles that I will post here are from the Japanese/European versions of the game with some of my own imput, the US versions have all as high school students. 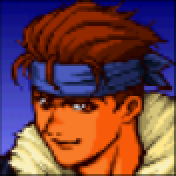 Assumably the game's main protagonist. Kai uses some kind of free style karate as his martial art discipline. He would use his style for the street fighting circuit and has developed a huge reknown for his skills as he has only 1 loss to his record. But his love for street fighting came to an end when his brother was killed in a street fight. Years after his brother's death, Kai discovers a letter presumably written by his brother (as it had his signature) telling him about a dangerous and violent martial arts tournament known as the Generation of Arts, Speed and Power (or G.A.S.P. for short). This causes Kai to re-discover his love for fighting and to find out what really happened to his brother.

Kai's free style karate gives Kai a good combination of punching and kicking moves and has a good combo set as well. 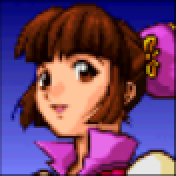 A Shinto Preistess in training as she's a believer in the Shinto spirits. She sensed that the air is becoming more and more ominous, around the same time one of her high school friends told her about the G.A.S.P. tournament. She decides to enter as she believes that the tournament could be the center of the ominous air she senses.

Like Maya Fey from Phoenix Wright, Azami trains in ancient Japanese culture, but she isn't out of touch with modern society as she uses technology and (obviously) trains in martial arts as well. She is quite fast with her fighting style, and becuase she is small than most of the other fighters she can be also a hard target to hit. 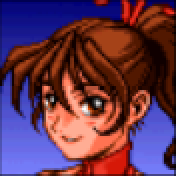 Having parents who are Japanese and Western, Serina was born into a family that owns a factory company. Wanting a life of her own, she has relinquished her claim to her family's company and decides to just work as a regular worker for her family's company. She has trained in her family's style of martial arts as well, and has taken up street fighting as well. She also has received an invitation from her family about the G.A.S.P. tournament. She enters to show to her parents that she can be independant.

Serina is basically the "Chun-Li" of this game as most of her move sets consists of kicking and some acrobatic skills as well (much like Azami in a way). According to the Japanese/European version of the game, Serina may have some romantic chemistry with Kai. 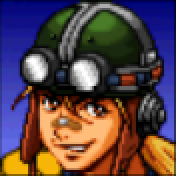 A High School Student who has an uncanny knack for Skating as well as Fighting. Like Kai, he has his own style of both Karate and Judo. This teenager has only 1 big problem. He's trying to get his crush named Jessica to notice him and fall in love with him. Desperate to find a way, he finds out about the G.A.S.P. tournament and decides to enter to show Jessica how strong he really is.

As stated before, Kaoru uses a mixture of Karate and Judo, he has some good punch and kick moves, but when his opponent is on the ground, he can take one of his opponents arms and lock them. 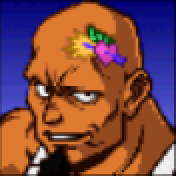 Once a street wrestler who (with his overly aggressive style) developed a reputation of being mean. But when not wrestling is a very nice guy. Though, his reputation would catch up to him when he got into a fight and severely injured the person he was fighting with, now having to pay that person's medical bill (which costs $10,000) he has to come up with a way to get the money. He hears of the G.A.S.P. tournament and enters in hopes that there's prize money involved to pay for the medical bill.

Kongoh is the "Zangief" if this game as (though he can still punch and kick) has more throwing and grabbing moves than any other fighter in this game. 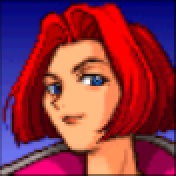 Once a regular dancer at a local night club, Miki also decided to train in martial arts for another form of excitement and then joined the street fighting circuit, she quickly became one of the best and wonders when she can get a real challenge. Then, she has heard of the G.A.S.P. tournament which consist of some tough fighters, she enters in hopes to get some real satisfaction.

Like Kai, she has her own free style karate and also has a good combination of punches and kicks, but she's one of the tallest if not *the* tallest fighter in the game. 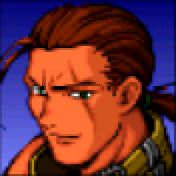 Another tough street fighter, Sakai practices in Muay Thai and was also considered on the best fighters on the street fighting circuit. With his left side of his face being scarred in a fight with Kai, he trains in hopes to face Kai again. He then receives a letter regarding to the G.A.S.P. tournament. He enters in hopes to face Kai and act revenge.

Because he trains in Muay Thai, he also puts a lot of knee and elbow strikes in his move set, which makes him one of the more difficult fighters to master as he has shorter range. 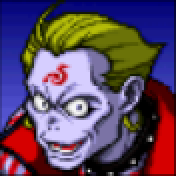 This......Joker-like fighter comes from a strange race which has pale purple skin. While traveling, he discovers a letter regarding to the G.A.S.P. tournament. Seeing that can be a way to make his race more known to the world, he enters the tournament.

Kyoya's fighting style is a bit difficult to pinpoint, but he does have some good punching moves as well as some long range kicks. 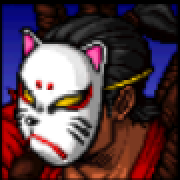 Considered one of the more dangerous martial artists to face in any tournament as he is considered a legend among martial artists. He enters the G.A.S.P. tournaments to see what the contestants have got in regards to their fighting prowess. He may be feared in the ring, but well respected in the dojo as he also trains amny martial artists.

ike Kaoru, Gouriki fights with a combination of both Karate and Judo. Nearly all of his punching, kicking and  gorund attacks do massive damage, again like Kaoru he can lock up his opponent's arm. 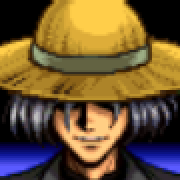 Assumably the game's main antagonist, he originated the G.A.S.P. tournament and may have some connection with some of the tournament's contestants. This person is almost completely shrouded in mystery.

Reiji's move set is the same as Kai's (I may be pointing fingers, but he well could be Kai's brother). But during a round. He can transform into 1 of 2 strange creatures, a tall lanky being with 3 eyes named Hikari, or a huge muscular creature named Yami.

What is this game? Well, let me put it this way. It's almost like a raw version of Tekken or Dead or Alive as it focuses on a complicated sequence of multi-hit combos rather than the strength of one's punches kicks and special moves. Though, the animation in this game much slower and more stiff than the aformentioned games but it's alsop one of the fewer TFGs where you can attack and hit your opponent while he/she is on the ground. Despite the slow and clunky gameplay, it does have some unlikely (but dazzling) fighting grounds. Like Azami's ground where it takes place in a Shinto Graveyard (judging by the Japanese Torri in the background) during a blizzard (as the N64's graphics can create some good fog effects). Sakai's ground is in some kind of western setting with a sunset (in the US version), but perhaps the most gorgeous ground is Gouriki's as it takes place on a mountainwith a waterfall during Autumn. The game can also allow you to create your own fighter, it can be male or female and can choose your own face and clothes as well. Though, you first must build up your character and have him/her learn new moves from the 8 fighters, it won't be until you have proven yourself against Gouriki where you can use your created fighter in other modes.

That is all for today, you can also check out my own blog page JohnnyTalk. Where I talk about some of the about our favorite games and other game-related subjects.