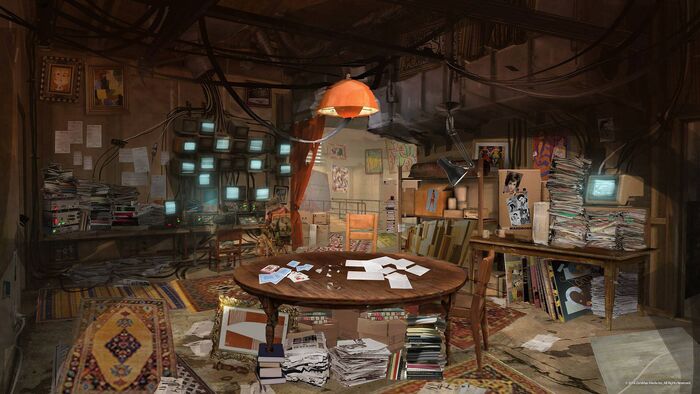 This stage is an interlude where there's no real mission or any enemies to fight. 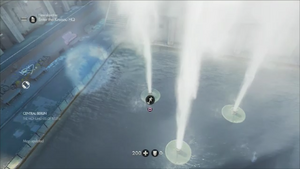 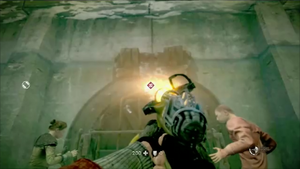 Swim forward until you see a grating, use the laser cutter (it'll work underwater) to cut the chain to the grating, and open the hatch and let Anya and either Fergus or Wyatt go. 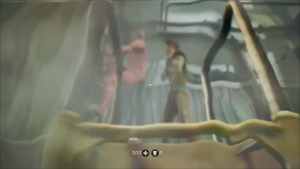 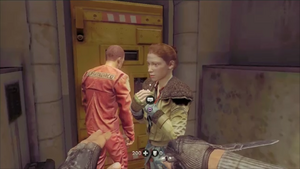 Climb up the 2 ladders and follow Anya and either Fergus or Wyatt. There will be a cutscene where you'll be greeted by other resistance fighters from the Kreisau Circle. The leader: Caroline Becker will tell you to find a folder that contains the top secret Nazi project called Whisper. 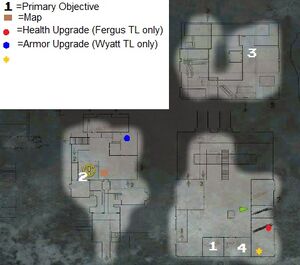 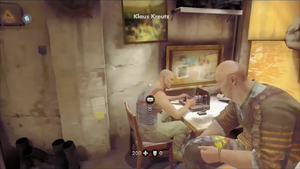 1. Head up the wooden plank (makeshift stairs) and head to the first room on your right and talk to Klaus Kreutz. He'll tell you that the folder is in Caroline's room as he had it before and put it back. 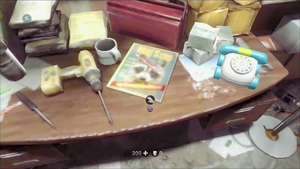 2. Check in Caroline's room which is the far doorway to your right and check Caroline's desk drawer, but as to check in the drawer all you'll see is an empty German wine bottle, Caroline will then tell you that it isn't here (didn't need to tell you that as you will know already). 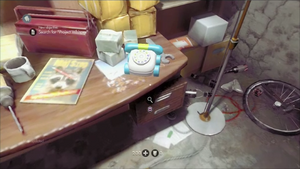 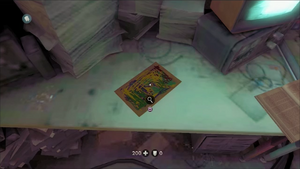 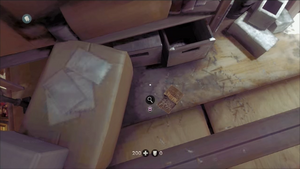 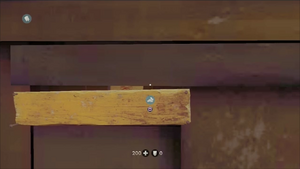 3. With almost no knowledge to where the folder is kept, look around for some clues. In Caroline's room, there's a toy phone, in the briefing room (where Caroline and Anya are) there's a piece of paper with crayon scribbles all over it, and on the second floor next to where the wooden plank going up is you'll see a box of nails. Once you find these clues, head to Max's room and you'll see the project folder in there, but because it's blocked by a wooden plank (nailed in) you need a crowbar. 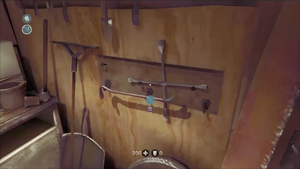 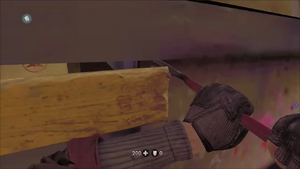 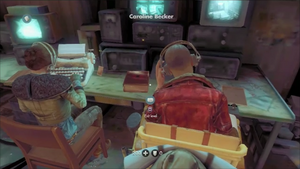 4. Head up the stairs leading to the top of the HQ, and you should see a door that says "tools". That's where the crowbar is located. Head back to Max's Room, Max will try to prevent you from taking the folder and a cutscene will appear where B.J. tells Max to let him through, and then Klaus comes in and does the job for him. After the cutscene, press the square button to pry the wooden board off the wall and take the folder. Once you have the folder, take it to Caroline in the Briefing room.

Some other Things[edit | edit source] 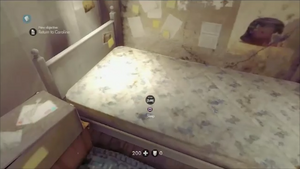 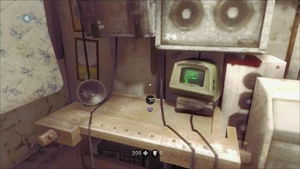 During the episodes in the Kreisau Circle HQ, and depending who survives in the first episode. You can collect either a Health Upgrade or an Armor Upgrade. In Fergus' timeline, you'll meet a eastern European Woman named Tekla, and they'll be a bed on the second floor, use it to get a health upgrade. In Wyatt's timeline, you'll meet a Black American guitarist named J, he has a workbench in his room which is on the same floor as the Briefing room, use it to get an Armor Upgrade. If you use either one after you collect the upgrade, it'll be either a large First Aid Kit, or a Heavy Armor vest (again depending on the timeline).

Retrieved from "https://johnnyotgs.fandom.com/wiki/WTNOF_Episode_5:_Kreisau_Circle_HQ_1?oldid=8086"
Community content is available under CC-BY-SA unless otherwise noted.